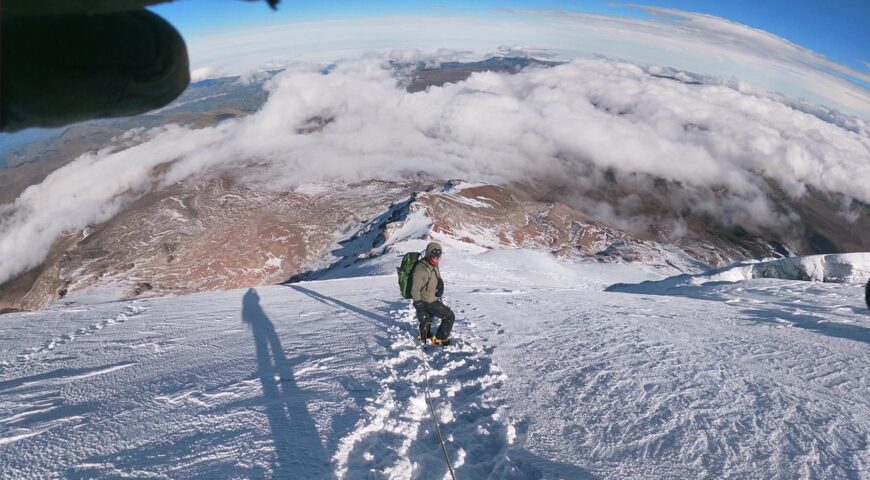 2 tourists from Canada had registered in the national park and claimed were only going to visit the volcano when entering the park.

Visiting Chimborazo, and the national park, is allowed without the need of a guide, this is only for small treks, or short day visits, after passing the controls, they went ahead and reached the castle, and set their camp at 5300m, without the services and advice of a mountain climbing guide. 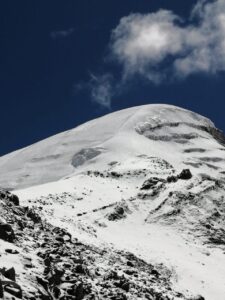 Chimborazo is the most challenging climb in Ecuador and is compulsory for international tourists to hire specialized guides, especially since the accident and death rate in this mountain is a lot higher than anywhere else in the country.

After reaching the high camp settlement, the couple decided to try the summit on the night of June 7th, to reach the peak at sunrise.

At the same time, our team was in Chimborazo and ran into the two Canadians, our guides had asked them if they had a guide with them, and having a negative response, from them, the team suggested not to try the summit, advise to which the Canadian couple went against of, clearly not well informed about Chimborazo and it´s risks.

The team started the climb at midnight, and the 2 climbers involved in the avalanche decided to take the Via-Ferrata route (more technical) following their GPS, and pretty unsure of how to cross the wall. (according to our guides report)

Juan Silva, one of our team guides, trekked through the Castle pass, into the glacier, after climbing to 5600m, at roughly 4 am, guides on the mountain rounded up to test the snow, and found poor conditions, and loose plates with soft snow.

Poor conditions made all climbers return from the attempt down to the high camp and some directly our to the refuge car park, at this particular time there were no signs from the 2 Canadian climbers, who were also climbing with no radio, or any communication devise.

Once in the car park, our team, received a reference to the climbers at 8.30 am, the staff from the high camp settlement had spotted the climbers at 6100 m, this is too high and very late, as the normal time window, to reach the summit is between 6-7,30am. 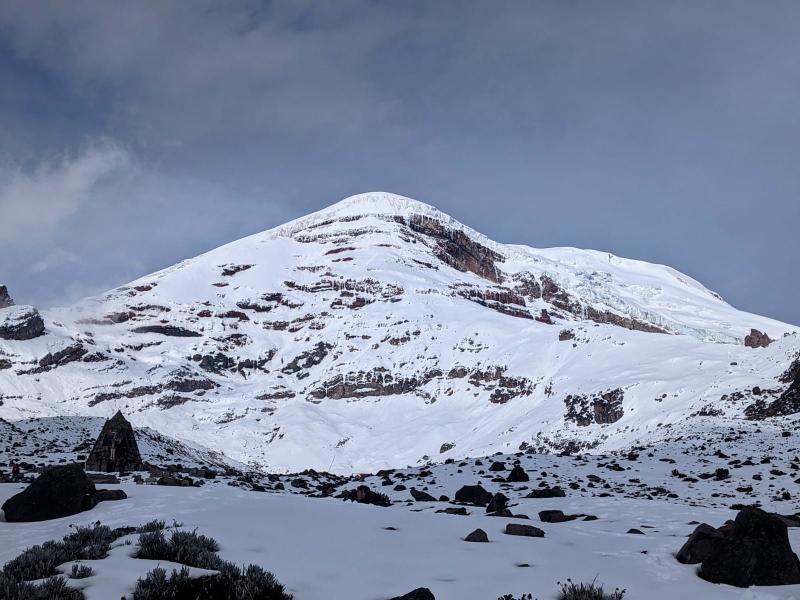 Ecuador is right under the Equatorial line, thus, the sun that hits us directly is not only light, but the heat waves here are also 10 times stronger than in the northern or southern hemisphere.

Chimborazo does not have a rescue team within the national park, the fact that the climbers had not hired a guide, were unfamiliar with the mountain conditions, lack of experience, and had no communication devices, made the rescue very difficult, one of the survivors, was very lucky as the avalanche threw him on the opposite side of the avalanche route.

This tragedy could have been prevented, as well as the avalanche caused by unlicensed guides back in October 2021