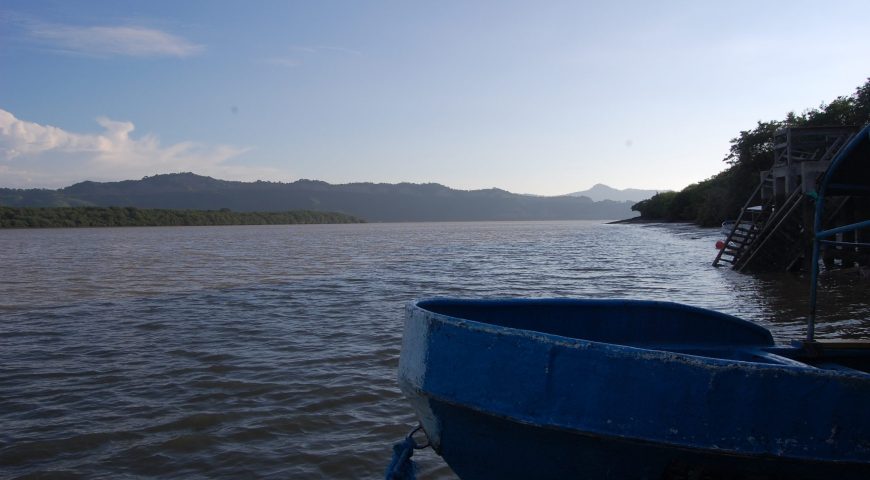 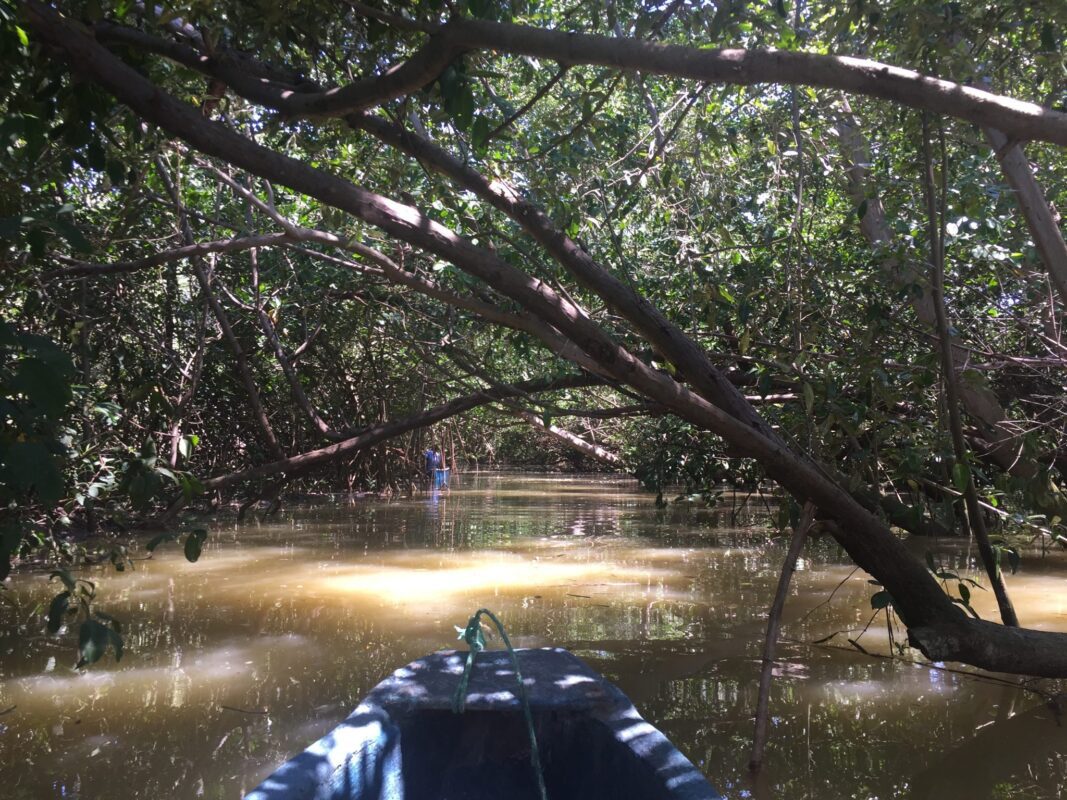 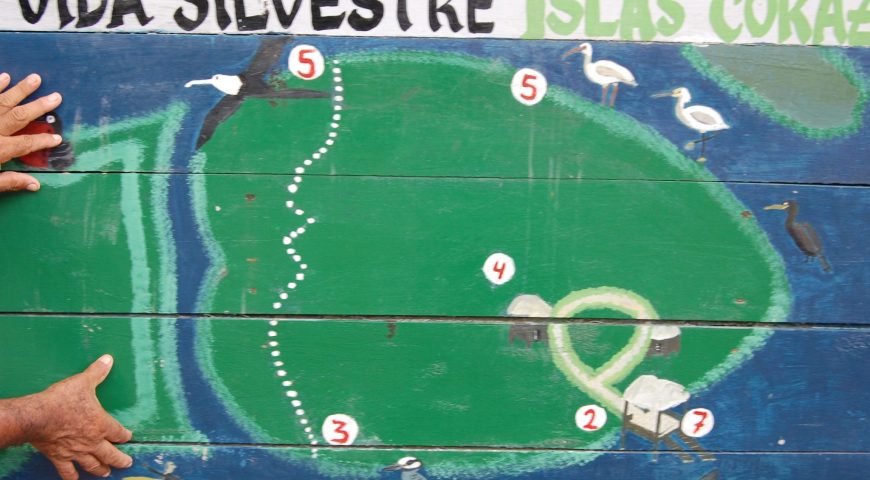 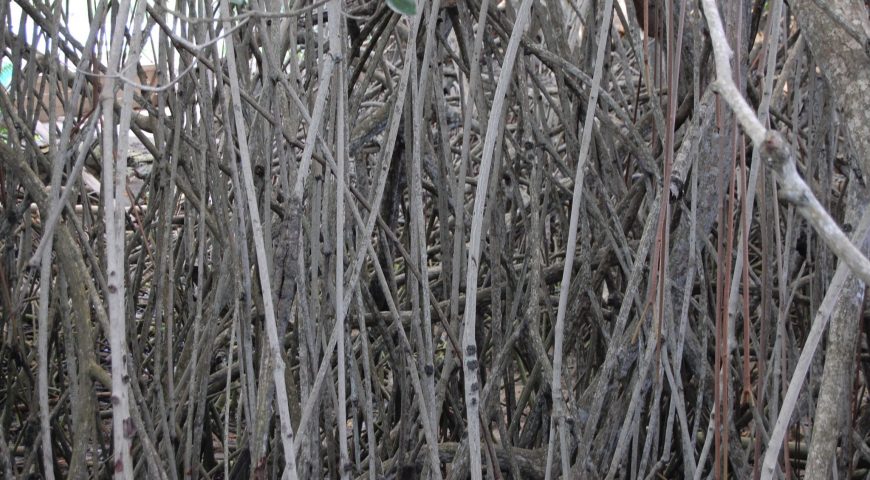 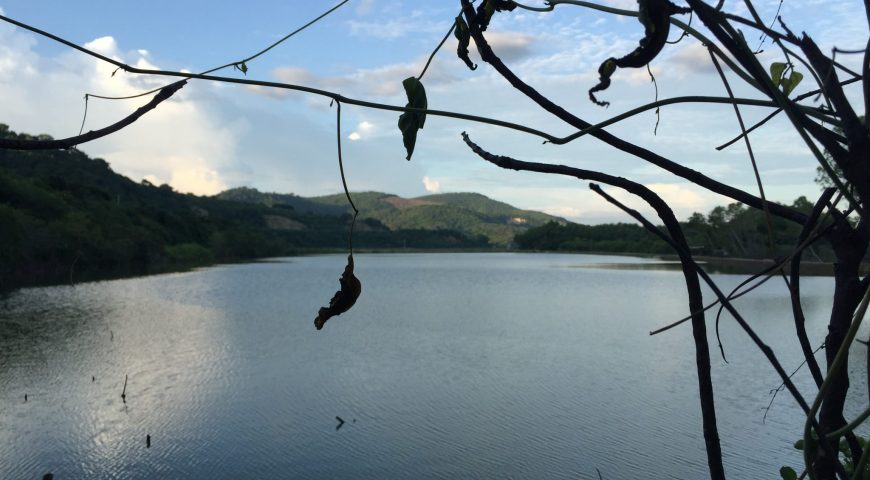 What do you call an island that is shaped like a Heart, well simply, Isla Corazon Manabi ( Island of Heart). This strange island, which is so much an island but rather a floating gathering of thousands of Mangrove trees, Is a natural reserve in the Manabi Province of Ecuador which is home to one of the largest populations of Frigate birds in the Pacific. Frigates are a species of tropical seabirds, known distinctively for the male’s strange red neck balloon form, which inflates to attract females. These incredible birds can fly for weeks at a time. There are also a host of other endemic species, such as a variety of Ibis Birds and Crabs. 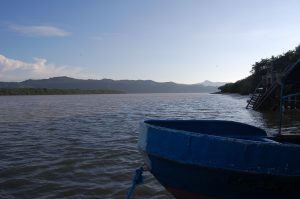 The Isla de Corazon is an uninhabited natural reserve, which is guarded and conserved by the community directly across the estuary, Porto Puertovelo, a small town of just about 15 families. The history of this community was a port of embargo, before a highway connected the coastal areas in Manta. Vast amounts of goods, coffee, bananas, sugar cane, where shipped up and down the river.

In the charming community of Porto Puertovelo, its inhabitants survive by doing just a little bit of everything. They have small farms, shrimp ponds, fish, and run eco tourism adventures into the mangrove island. Many of the community member were born directly across the island and feel a great sense of responsibility to care for this rare of example of mixed diverse mangrove population, which serves a giant nesting ground for all kinds of rare birds.

The island itself doesn’t exactly have a walkable terrain, instead it is essentially a mass of roots which form a swamp like area, with many muddy patches. In these swamp and mud patches animals, insects, and intense biodiversity thrives. The tangled roots of a mangrove swamp offer ideal hiding and breeding ground for any variety of creatures.